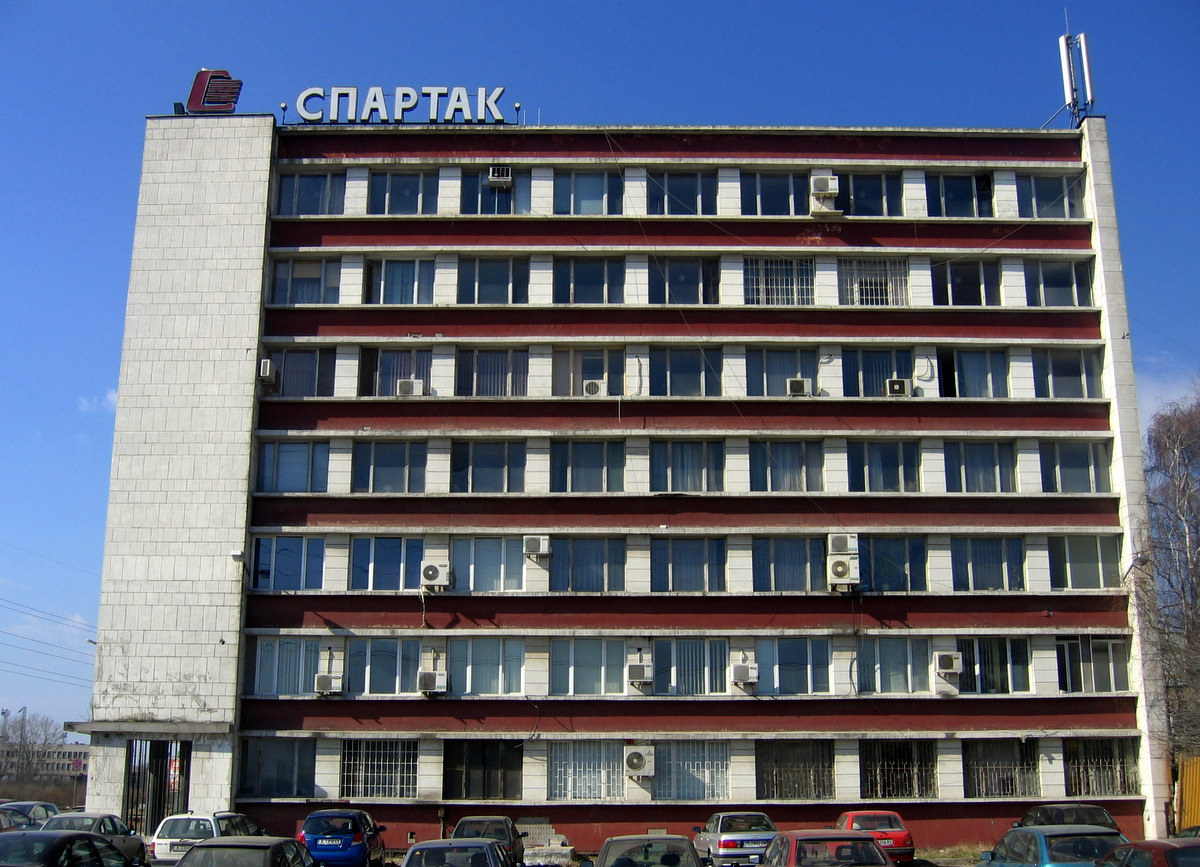 SPARTAK was established as a production company in 1928 and now it is the major Bulgarian producer of industrial ventilators and burners.

After the privatization of the company, the range of the offered products to the international markets,was widened significantly. Nowadays 80% of the whole sales comes from clients from Russia, Great Britain, Germany, France, Austria and other countries.

The position of the company in the industry is preconditioned by several important factors:
- well developed production base with different workshops and facilities with total covered area of 40000 sq.m., spread over an area of 9 hectares;
- numerous modern metal processing machines delivered from Germany, Bulgaria, the Czech Republic, Russia, Japan, the Netherlands and Austria
- long-term policy for constant modernization and renovation of the Production Park in compliance to the contemporary machine-industry standards.

The wide range of owned by the company machines, tools and equipment allows production and market realisation of products with weights from 0,5 kg to 22 000 kg, of ventilators with diameter of the wheels from 350 mm to 2240 mm and debit between 200 and 200 000 cubic meters per hour.

We believe that we are able to produce any kind of product which is made of sheet iron or metal profiles.

The quality of our products and services is appreciated and valued by our clients. We get constantly orders from the companies Kronospan JSC, KCM JSC, М+С Hydraulic JSC, HES JSC Our newly-developed products are used in the production of Audi,VW,Toyota,Renault, Land-rover cars.

Historical facts:
- 1928 Sava Kanev and Simeon Nikolov opened a technical workshop for production of metal fences, staircases and others.
- 1938 The production facilities were expanded by a mechanical processing workshop and a foundry. The production list of the enterprise included the production of single in number steam-boilers, equipment for slaughterhouses,  fire-grates, street sewer pipes, parts for refineries;
- 1947 The enterprise was nationalized;
- 1949 – 1950 Two new production facilities were opened – a ventilator-production workshop and a boiler-production workshop.
- 1952 – 1954 The company started the production of industrial ventilators, air-heating units, calorifer-type-heaters, filters, tanks for liquid fertilizers. Later on the list of produced articles had been increased by combustion aggregates. In this period the production plant produced 87 different types and models of ventilators, burners, fuel-oil and diesel-fuel aparatus.
- 1963 The company had been awarded with two Orders of the Pupils Republic of Bulgaria for good service and labor activities:
- Golden – for active participation in the construction and installation of the facilities of the Nitrogen-fertilizers-production Plant near Stara Zagora;
And
- Golden – for participation in the construction of the First stage of  Kremikovtsi Metallurgical Plant near Sofia
- 1965-1966 The first trials were made in the production of diesel-oil burners and diesel-air-heating aggregates.
- 1969 New Production Plant facilities were constructed and  started production activities. They spread over 60dca of open and 16dca. of covered area.  With the new-operating capacities the amount of the output grew and export was started - to the USSR, Cuba, Egypt, Poland, Romania, Iraq and Afghanistan.
- 1972  The production program was totally changed. The Production Plant started exporting only to the USSR.
- 1986 The existence of the Industrial Production Plant “Ventilation and Cleaning Equipment” – the so called SK ”VPT”, with subject of activities: production of standard axle type rotor ventilators, climatisation installations, burners and diesel-fuel aparatus, membranes, modules, installations for micro-filtration and ultra-filtration, and others, was registered, according the new legal framework for existence of manufacturing enterprises.
- 1988 The legal existence of the TK “VPT” was terminated.
- 1989 The State-owned SPARTAK State Firm was registered.
- 21.08.1991  The company SPARTAK EAD (Solely owned by the state company) was listed in the new Commercial Register of the companies at the District Court of Burgas. Later on the company was privatized and became property of the shareholders.
Find a fan
All fields makred with a * are mandatory!
m
m
m
m3
m3/h
m3/h